Thank you for the continued support of our sponsors:

The Many Faces of

Join us for a dinner and dance celebrating the life and career of New Glasgow-born actor, poet, playwright and teacher Walter Borden.

Each ticket includes admission to the entire evening, including a meet and greet with wine and cheese reception, a three-course catered meal (see dinner menu below), live music performances, speeches and presentations, and a live DJ dance.

This event is presented by the Town of New Glasgow and made possible thanks to the Province of Nova Scotia's Support4Culture program.

While we will make every effort to accommodate seating requests, we ask that you please purchase your group's tickets together under one name to ensure we are able to arrange seating correctly and efficiently.

Born in New Glasgow, NS, the son of Hector and Ethel (Paris) Borden, Walter graduated from New Glasgow High School in 1960. He set out to further his education by attending the Nova Scotia Teachers' College and later Acadia University. He began his life's journey as a teacher in the Halifax Municipality school system, but eventually that path led him to a lifetime of acting.

His stage appearances have spanned the country, from Nova Scotia to British Columbia, and internationally. Walter is credited for 44 different Selected Theatre Productions, with twelve different productions at Stratford Festival, including King Henry VIII, Macbeth, and Harlem Duet, and just as many at Neptune Theatre where he performed in Driving Miss Daisy, Gospel at Colonus and Tartuffe. He is also credited for 17 Selected Film & Television Appearances, either as Lead Star, Guest Star, Featured Star and Series Regular. He has received six awards pertaining to acting and ten other awards including the Order of Canada 2006, Order of Nova Scotia 2014, and Honourary Doctorates from Acadia University and Saint Mary's University. 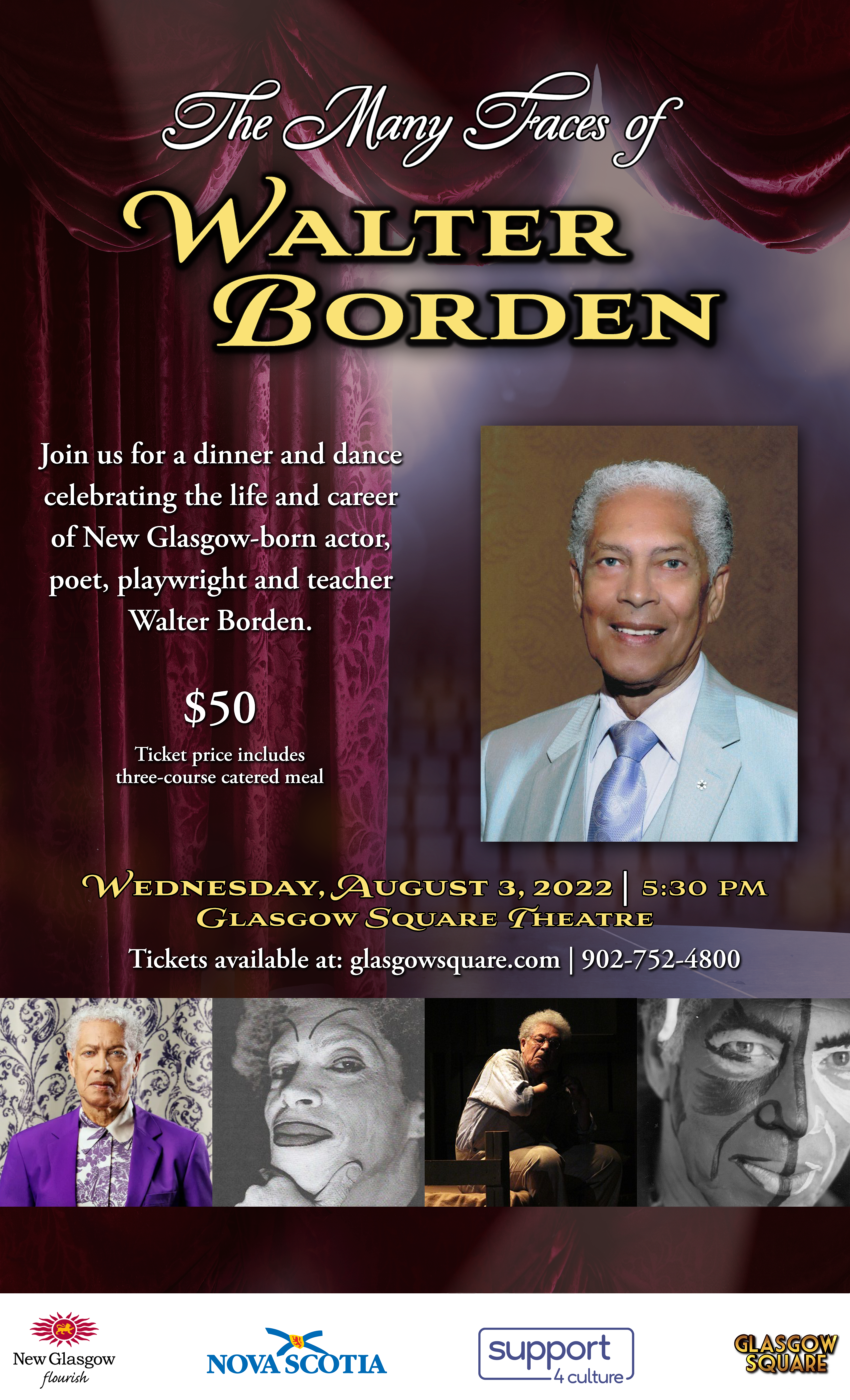